The focus of the research group is on defining and clarifying these pathological processes and signaling pathways on the molecular level.

The research group studies evolutionarily conserved, cellular stress-associated non-coding RNAs (such as microRNAs) and proteins in vitro, in and ex vivo. We examine functional alterations and interactions on the level of single proteins (i.e. post-translational modifications), the cell (i.e. transcriptome), and the whole organism (i.e. role of circulating hormones) using tools and methods from biochemistry, molecular biology, genetics and physiology. The research group is especially interested in defining and characterizing novel regulators of apoptosis involved in type 2 diabetes-associated beta cell dysfunction and loss.

Pancreatic beta cell dysfunction is a hallmark of Type 2 Diabetes (T2D). Several mechanisms have been proposed that might explain how beta cells become dysfunctional. One key finding was that exposing beta cells to saturated fatty acids will eventually disturb their normal function and induce cell death. Saturated fatty acids are often contained in energy dense food, and long-term consumption of a fatty acid rich diet could be a key component of obesity and insulin resistance, and similarly, might play a role in beta cell dysfunction.

The ERC Starting Grant project “CESYDE” ultimately aims to understand how sphingolipids influence pancreatic beta cell function and survival, and which enzyme involved in sphingolipid biosynthesis could be potentially targeted for a new therapeutic approach in T2D treatment. To this end, we use biochemical, genetic and molecular tools to analyze the function of several enzymes in the sphingolipid biosynthesis pathway, define how these are regulated, which proteins interact with these enzymes, and how we can modulate these. 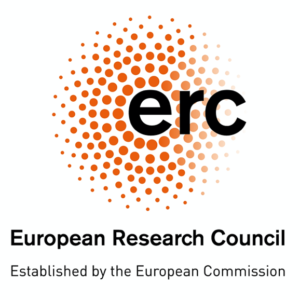